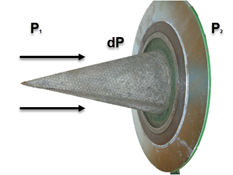 This post will look at how unaccounted pressure drops effect the Blowby calculated in an Enalysis report from Detechtion Technologies.

In the first image, matte black spots have been painted on the suction and discharge piping, as digital temperature sensors where not available on this package. The dots provide for a consistent location for the temperatures to be taken and the matte black paint is used to provide an accurate read with an infrared temperature gun.

This second image shows the ideal placement of suction and discharge pressure gauges in the pulsation bottles. 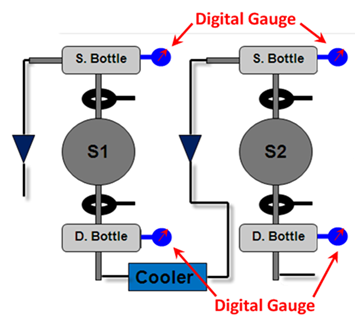 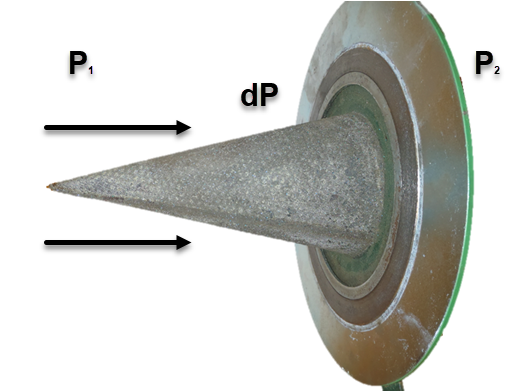 When a suction screen filter gets blocked, the reduced flowing area results in a pressure differential across the filter, with the pressure downstream lower than the pressure upstream. 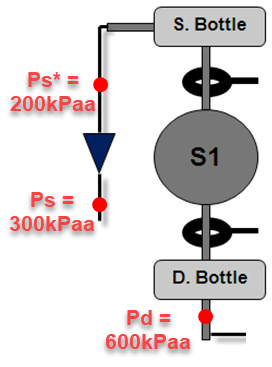 A similar situation can occur on a multi-stage compressor when an inter-stage suction pressure is not available. In this case, the previous stage’s discharge pressure can be used as the suction pressure of the downstream stage. However, if the pressure drop between stages, for example from a plugged or frozen (hydrates) cooler, is large or increases over time, this will cause Blowby to flag on the Enalysis report. 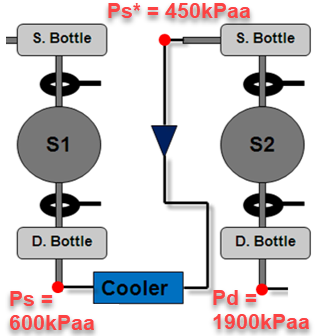 So What Does This Mean for Oil and Gas Production Equipment?

Having a better understanding of what Blowby is allows for efficient troubleshooting when Blowby flags on an Enalysis report. The fact that an unaccounted pressure drop can contribute to Blowby being calculated does not detract from the effectiveness of the Blowby calculation. It simply changes the focus of the investigation into the causes of the Blowby.

Blowby indicates an inefficiency in the
compression process of a specific cylinder
based on the input variables.

Specific steps to troubleshoot Blowby will be discussed in a future E-Tip.

There are many factors that can contribute to either Blowby or gauge maintenance on an Enalysis report. Other than component damage and unaccounted pressure drops, some of the other causes are:

These causes will be discussed in more detail in future E-Tips.