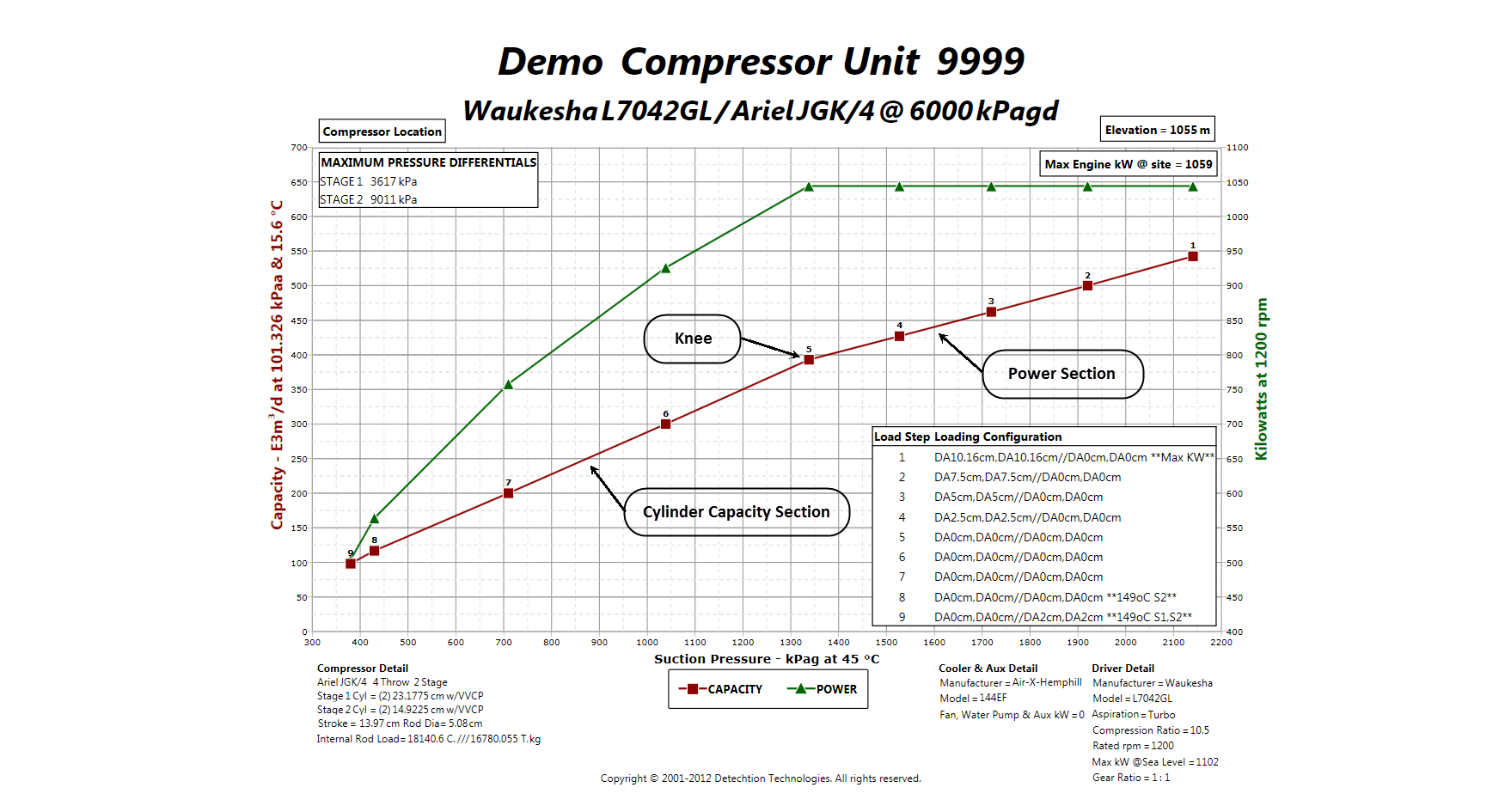 In natural gas gathering applications, maintaining the lowest possible suction pressure can provide a significant production advantage. As fields fluctuate and, over time, decline, compressor optimization must be done on a regular basis in order to minimize suction pressure, while maximizing throughput and maintain high levels of overall fleet utilization.

Compressor performance curves are a graphical representation of the optimized suction pressure operating range of a compressor given assumed conditions. The flow presented on the curve is the highest throughput that is possible at the specified suction pressure and the power is the total required power consumption for the compression to take place.

The loading curve shown in the figure below shows the optimized performance of a two-stage unit at a discharge pressure of 6000 kPag. The curve can be divided in three segments: the power section, the knee and the cylinder capacity section.

The power section of the curve indicates a power utilization of 100%. In this portion of the curve, clearance devices are generally used to unload the driver and this is translated as an increased capacity

The knee of the curve is the only point on an optimized loading curve where the cylinder capacity utilization and power used are both at 100%.

Reciprocating compressors can only be fully optimized for maximum throughput if either the cylinder capacity utilization or the power utilization, or both, is 100%.

An IPR curve can be done for an individual well or an entire field and represents the relationship of the well or field deliverability to changes in the flowing bottom-hole pressure. A typical well IPR Curve is shown in the figure below, where the maximum deliverability is equivalent to the absolute open flow (AOF). The AOF is the rate at which the well would produce if there were no back pressure and is a measure of well performance and deliverability. Notice how decreasing pressure, P (y-axis), results in an increase in production, Q (x-axis). What this tells us is that an increase in compressor suction pressure will result in a decrease in well deliverability and a loss of production while a decrease in compressor suction will stimulate the well deliverability and potentially increase production. 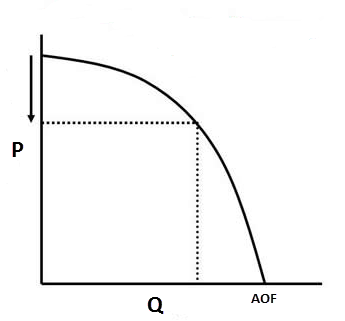 The shape of the IPR curve will vary for each well depending on reservoir characteristics. As well, the IPR curve of a well will tend to shrink with continued gas production due to the resulting decrease in reservoir pressure.

The operating suction pressure and flow of a fully optimized reciprocating compressor is the intersect of the optimized compressor performance curve and the field deliverability curve. 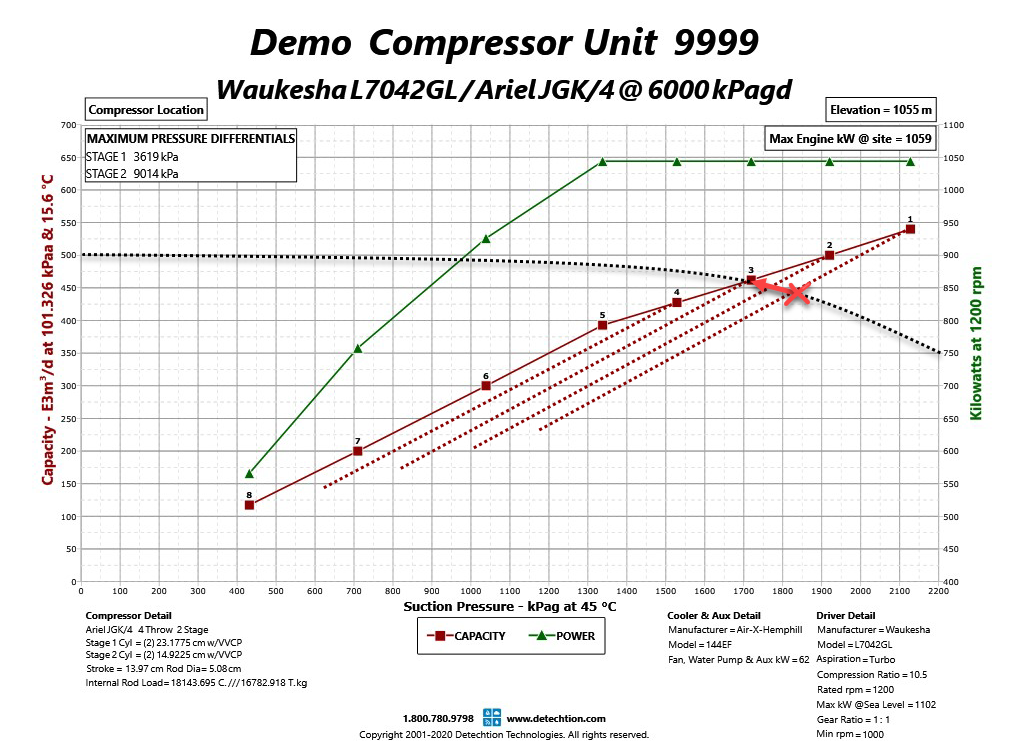 Did you know that you can use the Enalysis Simulation Tool to model the operating range of any compressor enrolled in Enalysis? Click to read E-Tip 1.14 Compressor Performance Modelling with Enalysis Simulate now.